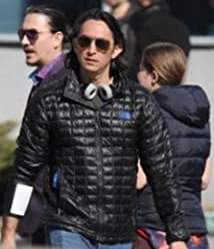 Keoni Waxman is an American filmmaker who was born and raised in Honolulu, Hawaii. He is known for writing, directing and producing action films, dark thrillers and indie dramas which he shoots all over the world for his company ActionHouse Pictures. Keoni currently resides with his family in Santa Monica, California.

Keoni went to film school at the University of Colorado, Boulder where he discovered his passion for making movies through his various peers and professors and by working his way up in the camera department where he eventually ended up being a camera operator. Shooting films for others turned into writing and directing films for himself and eventually Keoni wrote and directed his first feature film before even graduating.

Since then Keoni has worked all over the world making movies and television. His most recent film is “The Ravine”, shot in New Orleans and based on the novel by Robert Pascuzzi. Produced by Hope Messenger Media (Robert & Kelly Pascuzzi) the film is a message of redemption and forgiveness and continues to push new boundaries of creative vision.