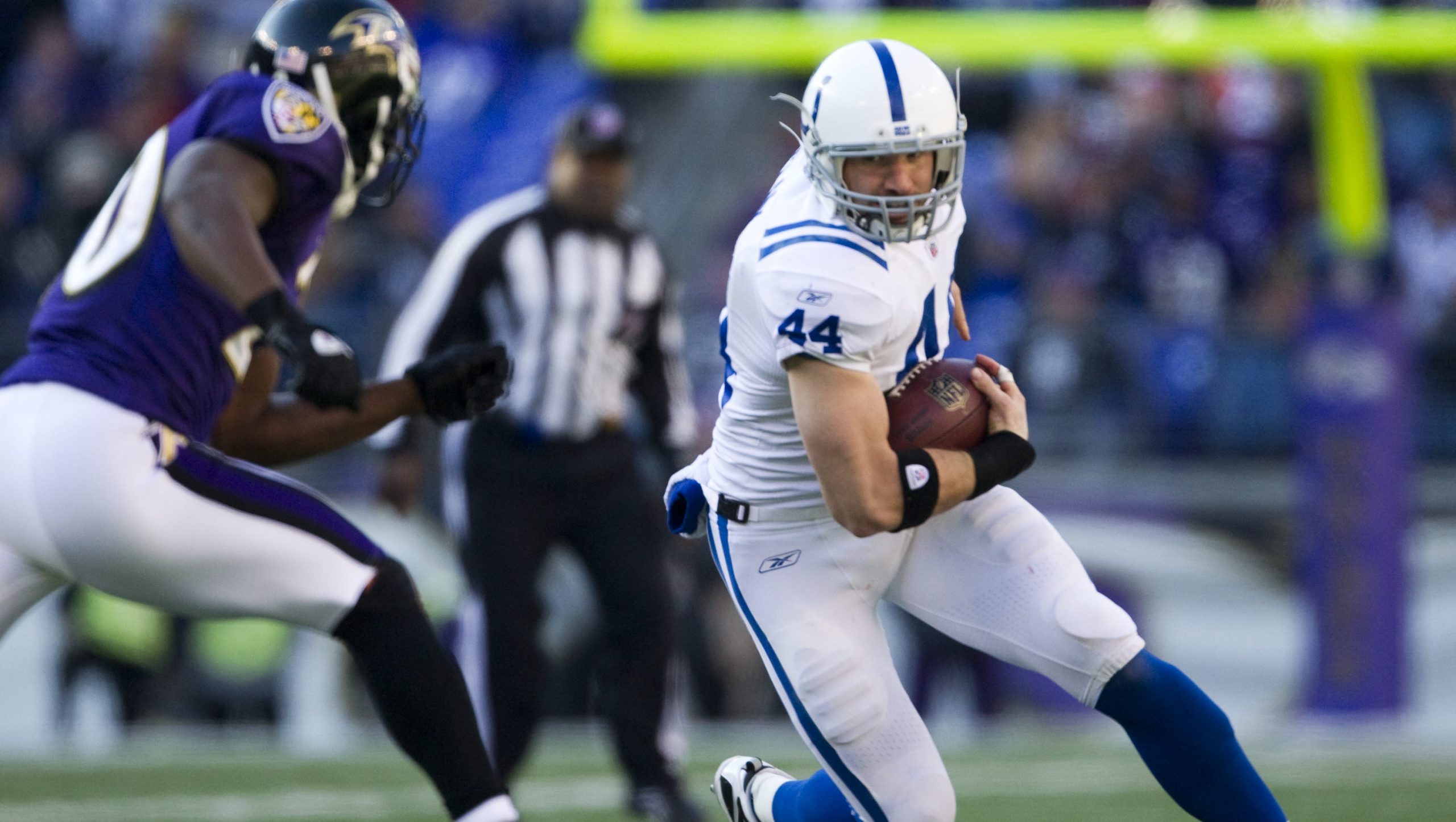 Dallas Dean Clark (born June 12, 1979) is a former American football tight end who played 11 seasons in the National Football League (NFL). He played college football for the University of Iowa, earned unanimous All-American honors, and was recognized as the top college tight end in the nation. He was drafted by the Indianapolis Colts in the first round of the 2003 NFL Draft and he was a member of their Super Bowl XLI championship team against the Chicago Bears. He also played for the Tampa Bay Buccaneers and the Baltimore Ravens.

Clark attended the University of Iowa, where he played for the Iowa Hawkeyes football team from 1999 to 2002. He did not see action during the 1999 season, but he finally saw the field in 2000. He played on special teams and made six tackles during the season as a linebacker. Prior to the 2001 season, the Iowa coaching staff decided to move Clark to the tight end position.

Clark was the 2002 recipient of the John Mackey Award which is presented to the most outstanding tight end in college football, a first-team All-Big Ten selection, and a unanimous first-team All-American.[3] He won the Kenny Yana Award at the end of the 2002 season as well, as he helped lead Iowa to the Big Ten title and an 11-2 record. Although he had one more year of eligibility remaining, Clark decided to enter the 2003 NFL Draft. He left Iowa with 1,281 career receiving yards in just two years at the tight end position.

Clark was chosen in the first round of the 2003 NFL draft by the Indianapolis Colts with the 24th pick. When drafted, the Colts called Clark a “perfect fit” for their system, eventually replacing Marcus Pollard and Ken Dilger at the position.[6] He started 10 games as a rookie and had 340 receiving yards before suffering a broken leg against the New England Patriots. He started 15 games in 2004 and had 423 yards receiving with five touchdown receptions.